A new, critical report on religious freedoms in Myanmar (also known as Burma) by the US Commission on International Religious Freedom says the major challenge facing Aung San Suu Kyi’s government is “bringing the military under civilian control”.

The report says the Burmese Army, which, due to constitutional provisions, is beyond civilian control, has “desecrated, damaged and destroyed churches [and] continues to perpetrate grave human rights violations with near total impunity, including sexual violence in church compounds and torture of pastors”.

Hidden Plight – Christian Minorities in Burma, which focused on the state of religious freedom for “some of the most marginalized populations in Myanmar: the predominantly Christian Chin, Naga and Kachin,” documents incidents of intimidation and violence against Christians, forced relocation of and destruction of Christian cemeteries, attacks on churches and an ongoing campaign of coerced conversion to Buddhism. It also notes that, in Kachin areas, religious freedom violations are inextricably linked to the ongoing conflict.

The report recommends a raft of measures to the Myanmar government, including the prosecution of those inciting discrimination and violence, especially members of the military, and Ma Ba Tha – the nationalistic group who, the report says, “have deliberately and maliciously discriminated and instigated violence against non-Buddhists”.

Myanmar's latest census showed a rise in the number of Christians and a fall in the popularity of Buddhism, although 88 per cent still identify with the country’s most popular religion. The delayed release of the census was, some commentators say, to avoid a backlash from nationalists anticipating a sharp rise in non-Buddhist religions, which they feel threaten Myanmar’s Buddhist identity.

An Indonesian church’s Christmas celebrations were stopped on 6 Dec. by members of a local Islamist group in Bandung, who protested that such services should take place in a church, not a public space.

The mayor of Bandung, capital of the West Java province, wrote on his official Instagram account: “I apologized, physically I cannot attend all locations. I have instructed officials to secure the event by phone... I have coordinated, continue the activities as your religious rights are protected by the state.”

The incident occurred at a time of growing tension in the country, amidst a recent spate of terrorism-related attacks and arrests.

On 27 November, a suspect was arrested with bomb-making materials in West Java. The suspect was thought to have been planning attacks on police headquarters, television stations and foreign embassies.

“It was a warning and they wanted big effect,” said a spokesman from the national police.

On 10 December, two men and a woman were arrested for allegedly plotting a bomb attack on the State Palace in the capital, Jakarta. Police said they had found 3kg of home-made bombs.

Then, yesterday morning (13 Dec.), seven young children were stabbed during an attack on a public school in the East Nusa Tenggara province. The children, aged between eight and 11, were all rushed to hospital. The attacker was arrested and later allegedly beaten to death by local residents who outnumbered police.

Yesterday also saw the start of the trial of the Christian Governor of Jakarta, known as ‘Ahok’, who is accused of blasphemy after an apparently edited video of him appearing to quote the Qur’an went viral. He strongly denies that he intended to insult Islam. His next hearing will be on 20 Dec.

Two girls said to be aged seven or eight have been used to bomb a market in Maiduguri, in north-east Nigeria, killing at least one other person and wounding 18. Both girls were killed as they detonated their explosives minutes apart, witnesses said. Police said the attacks happened when the market was crowded.

In the past few months, the Nigerian army has made gains against the Boko Haram Islamist group, but it still carries out regular bombings.

Two separate attacks were previously carried out by two female suicide bombers in Maiduguri on 29 Oct. A Church of Christ in Nigeria pastor was among seven killed . Those twin blasts were the second incident in the same month, raising fears of an upsurge of suicide attacks, which had been a regular occurrence in the city considered the birthplace of the Boko Haram insurgency.

As World Watch Monitor has reported, one Nigerian town in the news a lot for suicide bombs was Potiskum in Yobe State. There were at least three suicide bombs there within weeks in 2015. During one, on 24 February, a man killed 15 and injured 53. Two days earlier, six people in a market were killed by a young female suicide bomber.

Pastor Daniel Awayi of Potiskum visited the UK in January 2015. His church had then been attacked five times by Boko Haram, the most recent just before his visit when a young female suicide bomber detonated a bomb at his church gates.

The recourse to young female suicide bombers has become Boko Haram’s modus operandi in north-east Nigeria and neighbouring countries. The UN says more than 50 children were coerced to carry out suicide bombings across Nigeria, Niger, Chad and Cameroon between January and June this year.

dear "Amy" thanks for your greeting for me. you Gender Female: 25 % lesby? NO! It could never function. FUTERA is ok! is why, she is 40% lesbian! but, if this does not offend you that you could you make the list of all your demons? https://www.youtube.com/channel/UCwpK_0MP3-GX1l1w0JlzFog/discussion﻿


Dom Cisco https://plus.google.com/109062121629960613322 [ +Dom Cisco break free from the demons in the name of Jesus !, and get rid of Rothschild 666 high priest of Satan with voodoo powers? too easy! I am Unius REI: the KING of Israel (lorenzo_scarola@fastwebnet.it +39 3205708054), you can give it your credentials, now! and no one will threaten you!﻿ ]
liberarsi dai demoni: nel nome di Gesù!, e liberarsi da Rothschild 666 sommo sacerdote di satana con i poteri voodoo? troppo facile! io sono Unius REI: il RE di Israele, tu puoi dare a ma le tue credenziali, ora! e nessuno ti minaccerà! 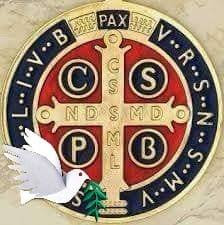 I am King of Israel lorenzoJHWH